Proof that India never had a chance

The India vs England semi-final has a lot of people debating whether India had a chance, or not. 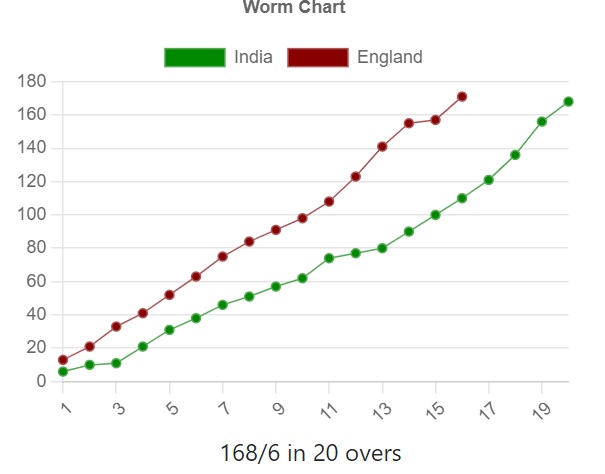 This clearly tell you that England (red line) were on the high side right from the beginning. India NEVER had a CHANCE. India’s loss was pretty much guaranteed at around the 10th over, as the gap between the two lines increases substantially thereon.

The feeling I get is of rushing up a long staircase, and tripping at the last step just to hit one’s nose and then slide down all the way back with no more control, laying in a heap right at the bottom. This isn’t even second best. It’s simply pathetic for such a well touted team to lose in the most flamboyant way imaginable – they couldn’t take a SINGLE wicket off of England.

And that, as they say, is that. The winners and the chaff have clearly been delineated. There is no going back.